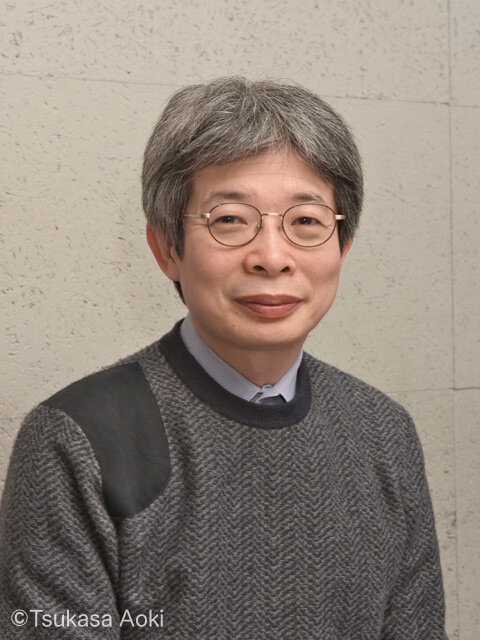 In 1995, Hirata won the 39th Kishida Kunio Drama Award with "Tokyo Note (Tokyo Notes)."
In 1998, he received the 5th Yomiuri Theater Award Outstanding Director Award, for his production of "Tsuki no Misaki (The Cape of the Moon)," a play written by Masataka Matsuda.Hirata wrote and directed "Ueno Dobutsuen Sai-sai-sai Shugeki (Attacking Ueno Zoo for the Fourth Time)" in 2002 and won the 9th Yomiuri Theater Award for Outstanding Production.
In 2002, he won AICT (Association Internationale des Critiques des Théâtre) Critique Award for his book "Geijutu Rikkokuron (Arts as the Basis of a Nation) " published from Shueisha.
In 2003, he won the Grand Prix of the 2nd Asahi Performing Arts Awards with "Sono Kawa wo Koete, Gogatsu (Across the River in May)," which was an event for the Year of Japan-ROK National Exchange in 2002. In 2006, he won the Montblanc de la Culture Arts Patronage Award. In 2011, France's Ministry of Culture honored Hirata with the Chevalier of the Order of Arts and Letters. In 2021, he became the President of Professional College of Arts and Tourism in Toyooka City, Hyogo, Japan.

Hirata was a professor of theater at Obirin University from 2000 to 2006, where he pioneered a new theater education program which is comprehensive as well as open to society. One of the most significant achievements in Obirin was the Seinendan-Obirin joint production of "Mo Kazemo Fukanai (Wind Blows No More)" in 2004. The next year the production went on tour around Japan, sponsored by JICA (Japan International Cooperation Agency), to celebrate the 50th Anniversary of Japan's International Cooperation.
Hirata moved to Osaka University Center for the Study of Communication-Design in 2006, where he now focuses on "how to develop communication ability through education". He holds a variety of courses, mainly for graduate students, on "communications as a liberal culture" through theater.
In collaboration with Intelligent Robotics Laboratory at Osaka University, which researches the highest global standard technology in the field, Hirata produced the first-ever play casting robots as actors and successfully held an experimental performance at the university. Now the production is in development to be shown in a legitimate theatre environment with the premiere scheduled at Aichi Triennale in 2010.

Hirata's workshops have received international high acclaim. He has given workshops in numerous countries: France, Italy, Belgium, the U.S.A., Korea, Hong Kong, Southeast Asian countries, Australia and the U.K.
From January to March 2006, he was a short-term visiting professor at the University of Victoria, Canada, teaching dramatic art. In addition, ƒcole Normale SupŽrieure, Lyon, France has invited Hirata as a visiting professor in February and March 2010.
His method and activities have also drawn much attention in Japanese teaching circles around the world, and he has been invited to give workshops and lectures in many countries.
In 2007, a Japanese language course in CD-Rom, based on Hirata's play "Tokyo Notes," was released.